Congratulations to Professor Erol Gelenbe for being appointed on the Advanced Grant Panel of the European Research Council (ERC)! 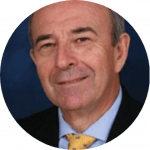 ERC grant panels are composed of eminent scientists who take responsibility for the selection of the most promising candidates to receive ERC’s career development grants.

An active participant and project coordinator in EU Research Programs including FP6, FP7, H2020, he has also been funded by NSF, ONR (in the USA), and EPSRC (UK). He received the French honors of Chevalier de la Legion d’Honneur and Commandeur du Mérite, and Italy awarded him Commendatore al Merito della Repubblica and Grande Ufficiale della Stella d’Italia. In 2022 he was listed in the “Muslim 500” among the five hundred most influential people from muslim countries, in the 17 names from his native country Turkey including two Nobel laureates.

We wish Professor Gelenbe all the best in this prestigious role!