IoTAC Use Case No. 2: Prosumer Cell

Prosumers are households that are both producers and consumers of electricity. A prosumer has a grid-connected decentralized production unit and makes two types of exchanges with the grid: energy imports when the local production is insufficient to match the local consumption and energy exports when local production exceeds its needs.

Prosumers are growing in the energy space as more people generate their own power from distributed energy resources. This is most often accomplished through rooftop solar panels and electric vehicles. Gone are the days when electricity consumption was a one-way street. Today’s electric grid is blurring the lines between power generation and consumption.

The rise of prosumers highlights one of the most exciting trends in renewable energy. These emerging technologies can help preserve the natural environment, drive economic development, and provide more energy choices – spurring even greater competition and innovation in the energy sector.

There are huge expectations from the smart power grid to provide sustainable energy services using a bi-directional flow of data and power enabled by advanced information, communication and control infrastructure. Prosumers are not only important stakeholders of the future smart grids but also have a vital role in peak demand management. Therefore, it is necessary to investigate and review prosumer-based energy management. The process of energy sharing among prosumers involves two key elements: information and communication technologies as well as optimization techniques. The relevant communications technologies include wired, wireless, short and long-range options.

Prosumer deployments are made up of a physical layer that consists of a small-scale electric power generation system and a cyber layer for the necessary supervisory functions. The cyber layer allows power system operators to remotely monitor and control the physical layer and coordinate the energy interactions with the power distribution system (e.g., remote micro inverter upgrades to enable grid integration.) The interconnection between the physical and cyber layer is performed using cyber-physical system (CPS) gateways. These devices enable the physical layer to be managed by grid operators through remote servers over the internet. 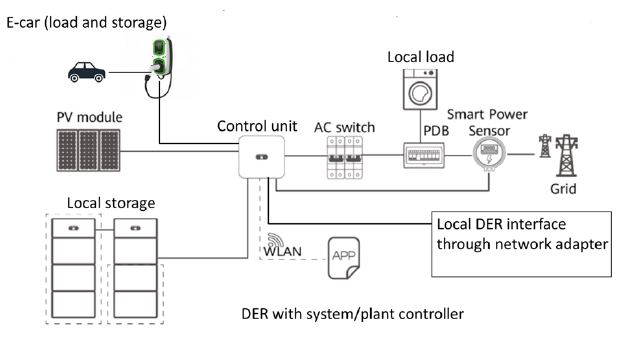 Figure 1: Schematic of the prosumer cell in the Distributed Energy Resources (DER) system

There are a couple of new challenges occurring through the growing number of prosumers on the grid.

The first problem is the stability of the grid’s control, which requires the introduction of completely new control paradigms.

The second problem is the protection of the grid against attacks and failures.

Compared with the traditional electrical energy systems, where centralized plants were responsible for generation and distribution of energy, which were relatively easy to protect by physical tools (i.e. guards, fences, etc.), the new prosumer based grids are distributed, partly virtual units, where physical protection is not only impossible but is not sufficient either. Due to the nature of the so-called virtual power plants, and the aggregators, where connections within and out of the unit are IT-based, attacks may not be physical but much more likely will be IT-based. Cyber security, cyber protection must be the key focus.

The more the production of renewable energy grows so increases the ratio of electrical energy in the overall energy balance of the world.  Simultaneously the role of the electrical distribution network, the grid is growing. The grid is a critical infrastructure, and its stability, safety, and security have growing importance for our society.

At the end of the day, the grid is the key infrastructure in our life. It is hard to imagine a greater disaster than the breakdown of the grid.  Life will be pushed back to the Middle Ages, and society will come to a standstill. No food, no water, no transport – the largest disaster one can imagine. Security and privacy are of extreme importance for the smart grid domain.

Such a horrific scenario can be caused by a single computer connected to the net. Therefore, the guaranteed security of the system has vital importance. It is an interesting contradiction, that it is the internet that makes possible the function of the grid, but at the same time, its use causes the largest vulnerability. More prosumers make the grid more sensitive against threats through internet access. Adequate protection measures are needed to be implemented for the safety of our daily life.

There is also another aspect with security relevance to be considered. Control units of the prosumers are artificial intelligent systems. Prosumers are business partners on the grid. They have controllers for optimal business-oriented use of the bidirectional data flow. They work on the traditional trade principle: buy cheap and sell expensive.  The cooperation of the utility (or the aggregator) and the prosumers are similar to the stock exchange and need to be controlled by new solutions (i.e. game theory approach).

The security challenges of the prosumer system are typical for any IoT system. A large number of active endpoints, low computational power in the endpoints, heterogeneous hardware-software system, no standardized construction, many different suppliers and no detailed documentation are the most important problems.

The main goal of the IOTAC project is to develop a comprehensive, standard-compliant security solution for IoT services. One of the testbeds to validate the result of this huge development work is a prosumer cell.